Ask Judge Lynn: "He Won't Give Me His Address"

Ask Judge Lynn: “He Won’t Give Me His Address” 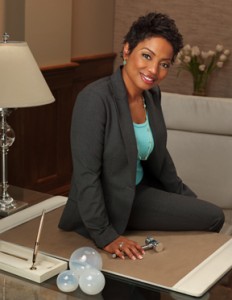 I met a young man lately who expressed that he would like us to build a relationship with me.  When we met he said he is married, but separated and there is no chance of reconciliation.  The state requires separation for one year before they can file for divorce.  I explained to him that I never want to get involved with a married man.  He continued to explain that the marriage is over.  The problem I have is that, he visits me at least once a week, we talk by phone regularly, but he does not want me to know where he lives.  I confront him about it, wondering if he is still with his wife and children.  He continues saying that he is not, but wants to know that I am the one to have a serious relationship with before he does.  He says it is also because his children are still young.  I don’t understand what one has to do with the other if they don’t live together.  I really don’t feel comfortable having him visit if he doesn’t feel that I am worthy of having his address.  I do not want to do check on him or show up unannounced, but I feel I have a right to know where he lives, how he lives and if he is living with someone.  What should I do.

I can’t tell you want to do because I don’t know this guy. I most certainly don’t have feelings for him so I have nothing to weigh the absurdity of his position against.

But hear and see what you told me:

HIS CHILDREN ARE YOUNG! …. And there’s the fire alarm. That will be true for a while. That’s his trump card. “I have to put my kids first!” he can say that for years.

What’s the point in checking up on him? If he doesn’t trust you with his address, there’s no reason to know why. The fact that he doesn’t want you to know where he lives tells you everything you need to know.

You answered your own question when you said:

I think your head already knows what your heart doesn’t want to believe. Besides if you move on and he really cares he’ll do what you need to trust him. If he doesn’t you haven’t missed a thing.